James Henry Bowden, great-grandfather to Peter and Colin Smith, came to Chagford in 1862 and bought the forge later known as the Vulcan Iron Works. He also bought a house from Mr. Murch which later became a shop. 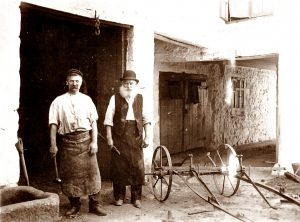 James Henry and his son Tom Bowden in the Forge. 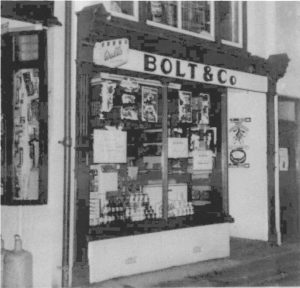 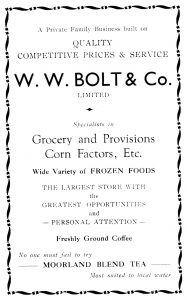 From these small beginnings grew the business we enjoy today, taking in also Bolts Grocery shop in the house next door in the 1970s. 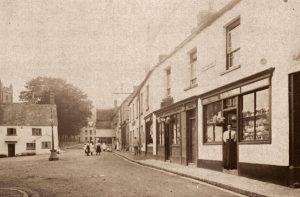 Daughter Agnes Bowden ran the shop for some 65 years. A bill bearing her signature dates from 1884. She retired in the late 1940s.