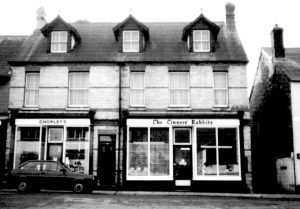 The 1841 Tithe Map shows Jaded Palates and Victoria Sponge as one property known later as Marlborough House. From 1892 Gale & Son ran a Library and a Fruit and Vegetable shop from these premises until Lloyds Bank – which occupied the other half of the building, bought its present site in 1918. Gales then occupied both shops and sold shoes and Gents clothing until 1968. 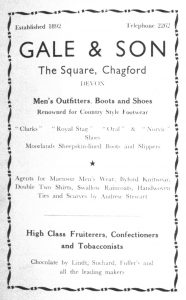 Two shops were formed again and this half became the Tinners Rabbits, a Caféand Gift Shop. A Bistro followed run by Felicity and Julian Cappa and in 1990, Jonathan Edwards opened Best Cellars.